We aim to ensure that all children receive a high quality, enjoyable and exciting education.

We feel that our school is a true reflection of the community we serve. Lydgate children are well motivated and come from a range of social and cultural backgrounds. Within the school community we appreciate the richness of experience that the children bring to school. This enhances the learning experiences of everyone and it also gives all pupils the opportunity to develop respect and tolerance for each other by working and playing together. We want your child's time at Lydgate to be memorable for the right reasons - that is, a happy, fulfilling and successful period of his/her childhood.

We will use this blog to keep you up-to-date with all the exciting things that we do in Year 3, share some of the things that the children learn and show you some of their fantastic work. We hope you enjoy reading it!

Welcome to the Y4 blog.
The Y4 team consists of the following teachers: Mrs Purdom in Y4JP, Mrs Smith and Mrs Smith (yes, that's right) in Y4SS, Mrs Wymer in Y4CW and Ms Reasbeck and Mrs Drury in Y4RD. The children are also supported by our teaching assistants: Mrs Proctor, Mrs Cooper, Mrs Hornsey, Mr Jenkinson and Mrs Wolff. We have help from Mrs Farrell, Miss Lee and Mrs Grimsley too and some of the children are lucky enough to spend time in The Hub with Mrs Allen. What a team!

We know that the question children are mostly asked when they arrive home is 'What did you do today?' The response is often 'nothing'! Well, here is where you can find out what 'nothing' looks like. In our weekly blogs your children will share with you what they have been getting up to and show some of the wonderful work they have been doing. Check in each weekend for our latest news.

Welcome to the Year 5 Blog page.

The Year 5 teaching team includes our class teachers, Mrs Loosley (5NL), Mrs Rougvie and Mrs Jones (5RJ), Mrs Webb and Mrs Ridsdale (5WR) and Miss Cunningham (5EC).  Many children are supported by Mrs Hill, Mr Swain and Ms Kania (the Year 5 Teaching Assistants) who work with children across the 4 classes. Our Year 5 teaching team aims to create a stimulating learning environment that is safe, happy, exciting and challenging, where each pupil is encouraged to achieve their full potential.

As a parent or carer, you play a massively important role in your child's development and we'd love to work closely with you. Please feel free to make an appointment to see us if you want to discuss your child's attitude to learning, their progress, attainment or anything else that might be on your mind. We'd also love to hear from you if you have any skills that we could use to make our Year 5 curriculum even more exciting. Are you an avid reader, a talented sportsman, a budding artist, a mad scientist or a natural mathematician? Would you be willing to listen to children read on a regular basis? If so, please contact your child’s class teacher. Similarly, if you have a good idea, a resource, a 'contact' or any other way of supporting our learning in year 5, please let us know.

We are working very hard to ensure your child has a successful year 5, please help us with this by ensuring your child completes and returns any homework they are given each week. If there are any issues regarding homework or your child finds a particular piece of homework challenging, then please do not hesitate to come and speak to us. In order to help improve your child’s reading skills, increase their vocabulary and develop their comprehension skills, we also ask that you listen to your child read and ask them questions to ensure they have understood what they have read.

We look forward to keeping you up to date on the exciting things that we do in year 5 through our year group blog.

We are the children in Y6 at Lydgate Junior School. There are 120 of us and our teachers are: Mrs Shaw and Mrs Watkinson (Y6S/W), Mr Bradshaw (until Mrs Parker returns) in Y6AP), Mrs Phillips (Y6CP) and Miss Norris (Y6HN). Also teaching in Year 6 is Miss Lee (Monday - Y6AP, Tuesday - Y6HN and Wednesday - Y6S/W) and Mrs Grimsley (Tuesday -Y6CP).We are also very lucky to be helped by Mrs Ainsworth and Mrs Biggs. We use this space to share all of the great things that are happening in our classrooms. Join us each week on our learning journey....

Four (or more) Benefits of Volunteering

Four (or more) Benefits of Volunteering, plus a little reference back to ‘Post Hoc Ergo Propter Hoc’

At the Percy Pud road race today volunteers from the Archer Project were collecting donated Christmas Puddings for the Food Banks there (Sheffield Cathedral) and in S6. So that’s people giving their time to collect and transport donated Puddings just given to them by volunteers at a race organised and run by volunteers for the joy of sport and competition. And so they can stock a food bank for Sheffield residents they do not know and who will never be able to pay back directly those who gave in the first place.

And it felt good.

Research says all sorts of positive things about volunteering and how it is as good (or better) for the volunteer as it is for the person receiving the gift or support. You have to read the reports carefully as they can assume causal links where there might not be any (coincidental occurrence does not mean that one thing causes another – the leaves falling off trees happens at about the same time as the autumn rugby season but does not cause it) but a lot of it makes good sense.

The most striking four benefits of volunteering seem to be:

(Caution here – maybe those who volunteer also look after themselves better through diet, exercise and rest, for example, but it’s well worth a pop, isn’t it?) For more information on this, read “Can Volunteering Lower Your Risk of Heart Disease?”

Volunteering also seems to lower stress, increase feelings of positive mental health, aid social interaction, reduce the risk of depression, and can boost the sills of the volunteer.

Now that’s a lot of really strong reasons for volunteering if you wanted to look at doing it for selfish reasons. The benefits appear to be stronger, however, if giving is done for altruistic reasons, for the benefits of others.

The cost benefits for a school of volunteering must be huge. We have volunteer reading mentors, volunteer bakers, volunteer Club and activity leaders, volunteer sport leaders, volunteer fund raisers, volunteer organisers, volunteer Governors, and students and staff who give well beyond their paid hours. The available data doesn’t seem to show the number of people nationally who do this – schools don’t feature collectively in the list of organisations produced by the Institute for Volunteering Research (who knew there is one?), but at just 5 volunteers per school it would be the fifth largest group in the UK.

We always want our volunteers to have a purposeful experience so that they feel useful and can experience making a difference. We have been known to turn down offers only occasionally, but only when we had nothing ‘real’ to offer.

And for those that have seen through me; yes, this is about FOLA having to cancel the Christmas Discos. I share their disappointment.
... (Read More)

In my Scout Group we always charged for activities and events, even if the Group could afford to cover the whole cost. The parents of Beavers, Cubs and Scouts already paid a termly subscription, so why would we charge again? 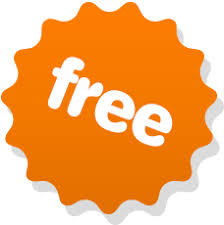 Our simple theory, borne out by experience, was that when we did not charge we saw more children not turning up than when we levied a charge, no matter how small the charge passed to parents. Hence the idea that some see 'free' as being 'worthless' and so feel able to dismiss it easily, or not value it, with no guilt.

We've been running a new organisation of activities and games on our bottom playground for the past seven weeks and two days. Tuesdays are dance and gymnastics, with music, streamers, pom-poms, beat sticks, bells and rainbow ribbons. At the start of lunchtime today I added in six brand-new juggling balls, two sets of three (so two blue, two pink and two black and orange). Disappointingly, only four of them came back in at the end of afternoon playtime. I scanned the playground and behind all the containers. I checked the top of the stable wall, and behind the fence / wall at one end. I found a beat-stick, two sticks with rainbow ribbons, a squashy 'frog' and six tennis balls. Not one of these losses had been reported to any member of staff on duty down there (and there were three of us, so plenty of opportunities). 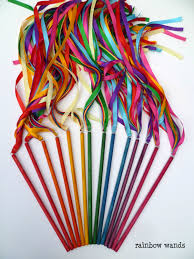 I stopped children from helping themselves to a small set of catchtail balls (like a rounders ball with a streamer for a tail - they fly beautifully and are surprisingly easy to catch) from the box on the playground. Not one asked if they could first, before diving into the contents and scattering them about in search of the item they wanted. That selfishness troubled me.

We do see something the same each time we bring out skipping ropes or hula hoops or other equipment. It is used and abandoned or used and abused, with children throwing things as high and as far as they can with little thought about trees, banks of brambles, roofs or boundary fences. Last week saw a skipping rope on the roof - now that takes some doing and cannot be from sensible use! It's okay to test yourself, but with some sense and reason, surely?

So, two balls are either deep in the wood or another area of long, nettled grass, or in someone's pocket. I ask myself if it is worth it - going round the four classes that were using the lower playground today and moaning about selfishness, when it is not, of course, every child in every class.

If we charged a deposit, I think there is more chance that items would be brought back or reported lost. As we discourage children from bringing money to school, I need to search for a usable, relevant, efficient currency to use as a deposit. What could that be?

"We very much enjoyed our time spent at school. We would like to say a big THANK YOU to all the Y6 pupils for their energy, enthusiasm and willingness to listen and learn"

We have plenty of opportunities available for parents looking to expand their skills & experience.

Visit our news page to hear the latest community news and updates from Lydgate Junior.

Enter your post code into the box below and we’ll provide you with a list of directions to our school.