She would warm full-fat milk to the required temperature, add a couple of spoons of the previous batch of yoghurt (plain and kept in the fridge), stir, pour into a large thermos flask, place it in the airing cupboard, and tell us to leave it alone overnight. In the morning, we had fresh yoghurt for breakfast - we could add fruit, sauce and sweet stuff. She would put a couple of spoonfuls in a jar to start the next batch.

Sourdough recipes are much the same, what with their ‘starters’ and feeding routine. After making an initial starter with flour (containing a small amount of natural yeast) and water, it can be fed to double in size, then half of it used to make the artisan loaf. The unused portion of the ‘starter’ is fed again, doubles in size and subsequently split to make the next loaf. The remaining ‘starter’ is fed again … There’s one method that suggests making the bread dough and tearing off a chunk as the next starter, which would mean every new loaf contains a bit of all the previous loaves, in diminishing proportion.

Both might work as reasonable analogies for how we teach and learn. It is rare for new learning to be isolated from what has gone before – it is progressive and usually sequential. For learning to be understood (rather than rote) it needs to be based on a solid understanding of what has gone before. Learners need to see links and connections with other learning, to see patterns and make progress through an iterative revisit of topics or knowledge.

Now and then, a child will complain that ‘we’ve done this before’. My eldest son studied the emancipation of women at GCSE, A Level, Undergraduate and Master’s degree. His new learning each time built on what he knew or understood / interpreted from before. In a maths lesson yesterday, I was drawing out from a child the link between four multiplied by three and four multiplied by thirty. By practising, rehearsing, the recall was fluent for the first fact so she could more easily step up to the next calculation. In a PE lesson on football skills, the class had to revisit the previous lesson’s learning on control and pass so they could begin to pass, control and shoot.

A colleague was teaching a lesson on prime numbers and how to identify them. She knew that fluent recall of multiplication facts up to the seven times table was really important in identifying non-primes; the ‘warm up’ mental maths activity as a starter was on a counting stick and of the seven times table. (To explore this they need to know that. Teach that before this. Use a bit of that knowledge to learn something new. Use the older yoghurt to make the new. Feed the mature sourdough starter to make new loaves and starter.)

Subject leaders across the country’s 20,000 schools are redefining their subject’s curriculum and writing new statements – of intent, implementation and impact. Teachers are refreshing their knowledge and understanding of the preceding and proceeding steps in each subject area –‘ in the years before mine, children learn this, so they can learn and understand this and be ready next year to go on to learn about that’. 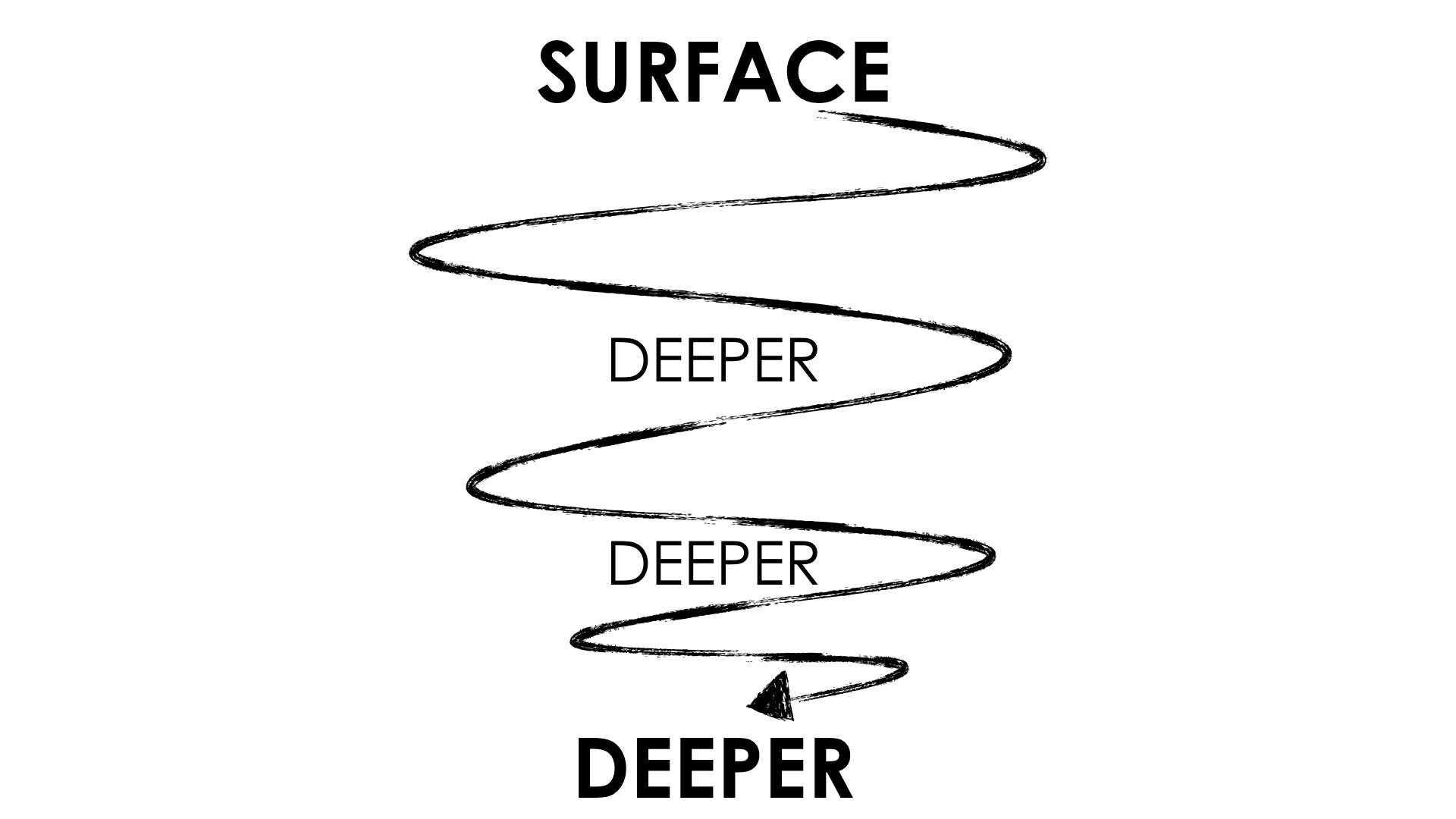 A quick internet search for images representing the spiral curriculum does throw up a good question – does it spiral up and narrow, or does it spiral down and broaden, or something else? (If it stays the same width it’s a helix, not a spiral – ‘spiral’ staircases are actually helical.)